‘Tis the Season of Giving with Open Education

Originally open education meant that admissions barriers had been removed from entry to formal study. Open has come to mean much more than this, however, with the rapid ascension of informal online learning with Open Educational Resources (OERs), Massive Open Online Courses (MOOCs) and more.

Let’s begin with a video about OERs:

Looking for an open-source search engine and repository for OERs? Take a look at Solvonauts:

We’re about Open Education, Open Data, Open Source – basically trying to be as open as possible in as many ways as possible. We’re working towards creating an open source open educational resource repository any one can install and run.

Here’s an example of a „Bah, humbug!“ xmas resource via Solvonauts: 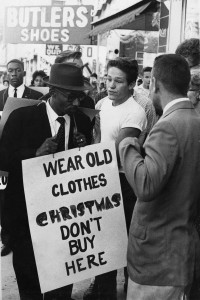 Why not join us for Open Education Week, March 7–11, 2016 and sign up to our call for participation?

MOOCs have gone mainstream and many of the big MOOC providers have placed an apparent emphasis on ‘open’ as signifying freely available resources for philanthropic purposes (open gratis) rather than flexible and customizable resources that can be re-appropriated, revised and remixed by multiple stakeholders for educational purposes (open libre).

By licensing MOOC content with free culture licences under Creative Commons you can do neat things for education. One example of MOOC remix is the following austerity Christmas story, The Lawyer and the Ghost, by Charles Dickens and read by Professor Adam Gearey via the English Common Law MOOC collection in FLAX (for open-source data-driven language support):

The Lawyer and the Ghost 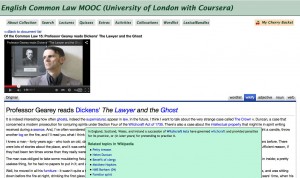 —
Author of this window: Alannah Fitzgerald