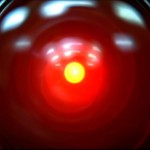 When a company tells you that you can’t share your belongings with a friend, they deny you your freedom. When you can’t study, control or understand the systems and products around you, then you are at the mercy of the companies who create them. You have no agency, you have no power to change or improve your situation.

The vast spectrum of Free/Libre Open Source software, hardware, and culture that exists today stands in contrast to proprietary, ‚closed‘ products which aim to maximise value for their shareholders, not for their users. This wide-spread movement around our commons only exists thanks to the efforts of the Free Software movement in the ’80s and ’90s, which is still a force fighting for the freedom of software users today.

Proprietary software has the potential to do a lot of damage:

The world of commons-based software is often broadly split into two camps: Those who emphasise the efficiency and effectiveness of Open Source as a collaborative methodology, and those who advocate for Software Freedom – whose focus is an ethical one. This is a difference of approach and of ‚branding‘ but to all practical purposes, Open Source and Free Software are the same thing, and provide the same 4 essential freedoms to the user.*

As Open It Agency, our focus is not software – in fact, we look at how Free/Libre Open Source ideas apply to, well, everything else. In the hardware world, the community seems more unified – the term Open Source Hardware is used by businesses and activists alike, and the alternative, Libre Hardware, is hardly recognized.

However there is perhaps more of an awareness of Freedom as an issue in Open Source Hardware circles than in groups promoting Open Source Software.

Similarly, if someone relies on a tool for their livelihood, but they don’t know how it works, and they’re not allowed to fix it, they are denied their own freedom. That puts their ability to feed their family at the mercy of the company that produces their tools, and that company has very different motivations and interests than the user. If the company stops making spare parts or servicing the tool, or lies about its safety, the users have no agency in the matter. If the tool gathers data on the user, restricts access to that data or otherwise has unwanted ‚features‘ the user has no way to turn them off or modify them.

In my work, I’ve been focusing entirely on our commons, peer production and open source for a number of years, but I wasn’t brought into this field because of the freedom argument. That was something I learned about once I got here. My catalyst, the spark that really inspired me, was Yochai Benkler’s book ‚The Wealth of Networks‘ – I was inspired by the collaborative aspect, the poetic, beautiful way in which thousands of individual people around the world can work together on shared projects for the betterment of all – to search for alien intelligence, to discover properties of proteins, or to create a database of all the world’s knowledge.

And I know through experience in advocating for this way of doing things, that different people can be reached in different ways.

Personally, I think many people don’t know freedom until they experience it. I can tell people about the freedom I feel and experience when using Free/Libre Open Source software or hardware, but they can’t really understand it until they try it. Similarly you can tell people how caged in they may be by having restrictions on modifying or making copies of digital information, or being unable to repair their hardware – but the thing is, you get used to the way things are. It begins to seem natural that you can’t access certain information or entertainment in certain countries. It becomes obvious that modifying a device’s software will void the warranty on its hardware. When a company says ‚you don’t own your tractor, we just licensed it to you‚, well, that’s just the way the world works, I guess.

But once you experience the freedom of using Free Software or Open Source hardware, you cannot see these situations as anything but particularly absurd. Freedom for the user is the most important issue in Free Software and Open Hardware, but it’s not always the most obvious from the outside. To me, it’s not a choice as to whether to push the freedom issue OR the collaboration & effectiveness issue. The clear answer is: both. All people have a right to freedom, but we also need to use different approaches in order to reach all people.

*unfortunately, some Free Software advocates will claim or imply that ‚Open Source‘ means or includes source code which is visible but is not available for modification or redistribution under a Free Software license. This is not the case. All software licenses approved as ‚open source licenses‚ provide the user the 4 Freedoms required by the FSF. Similarly, some ‚Open Source‘ advocates unfairly claim that Free Software restricts people’s freedom by promoting copyleft licenses rather than permissive licenses. My own view is in line with the FSF on this issue. Can’t we all just get along, folks? 🙂

—
Author of this window: Sam Muirhead